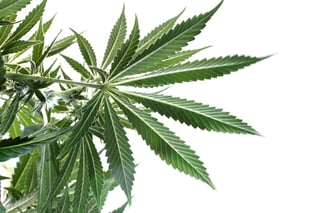 “The questions we get asked most often revolve around the confusion between hemp and marijuana. It’s natural. They look very similar, and people use the word "cannabis" interchangeably between the two, but having a bit of knowledge gives you a massive advantage. Understanding the difference allows you to easily access reliable and legal cannabis for tremendous wellness benefits, like Charlotte’s Web whole-plant cannabinoid hemp oil extract without the high and the hassle” [2]

Excerpts From Current Research Comparing Effects of THC and CBD

“Cannabis is also the most widely used illicit drug in the world and its use has been associated with various mental health problems, particularly in the young [Hall and Degenhardt, 2007;">Degenhardt et al.  2010]. Despite the links made between its use and the development of mental health problems, it is also known that not everyone who uses it is affected adversely in the same way.” [3] Even though cannabis has been used and cultivated by mankind for at least 6000 years [Li, 1973], our current knowledge on its pharmacological properties is based on studies which have taken place only since the end of the nineteenth century. The very first compound isolated in pure form from the plant was cannabinol [Wood, 1899]. It was initially wrongly assumed to be the main active compound of the plant responsible for its psychoactive effects [Mechoulam and Hanus, 2000]. The second compound found was cannabidiol (CBD) by Mechoulam and Shvo [Mechoulam and Shvo, 1963]. The following year in 1964, Gaoni and Mechoulam isolated the main active compound, delta-9-tetrahydrocannabinol (d-9-THC) (Figure 1) [Gaoni and Mechoulam, 1964].” [3] “In fact, the different and opposing effects of the main two compounds of the plant were noticed in some early studies. In a double-blind study with 40 healthy volunteers, Karniol and colleagues orally administered d-9-THC and CBD and the mixtures of the two together, whilst pulse rate, time production tasks and psychological reactions were measured [Karniol et al. 1974]. Whilst d-9-THC alone increased pulse rate, disturbed time tasks and induced strong psychological reactions in the subjects, CBD alone provoked no such effects. However, CBD was efficient in blocking most of the effects of d-9-THC when both drugs were given together. CBD also decreased the anxiety component of d-9-THC effects in such a way that the subjects reported more pleasurable effects.” [3]

“Most recently there have been a number of drug challenge studies with sound methodologies examining the effects of both of these compounds. Our group carried out a number of double-blind, pseudo-randomized studies on healthy volunteers who had previous minimal exposure to cannabis. All participants were administered 10 mg of d-9-THC, 600 mg of CBD and placebo (flour) in three different functional magnetic resonance imaging sessions while performing a response inhibition task, a verbal memory task, an emotional task (viewing fearful faces) and an auditory and visual sensory processing task. The overall concluding results showed that d-9-THC and CBD had different behavioural effects and also, at times, opposing brain activation in various regions [Borgwardt et al.  2008; Fusar-Poli et al.  2009; Bhattacharyya et al.  2009b; Winton-Brown et al. 2011]. D-9-THC caused transient psychotic symptoms and increased the levels of anxiety, intoxication and sedation, whilst CBD had no significant effect on behaviour or these parameters.” [3]

“As d-9-THC is the main ingredient which causes the desired ‘stoned’ effect, users prefer the strains of the plant with higher THC content. Particularly over the past 15 years, such variants of the plant have been more widely available on the street ‘market’, which are usually referred to as ‘skunk’ or ‘sinsemilla’. In a study carried out by Potter and colleagues, when the potency of cannabis seized by police in England between the years of 1996/8 and 2004/5 were compared, the median content of d-9-THC was found to be 13.9% in more recent years, significantly higher than recorded 10 years previously [Potter et al. 2008]. However, the CBD content was found to be extremely low in more recent times. The authors also found that in herbal or resin forms of the drug, the average CBD content exceeded that of THC. More recently, a meta-analysis to assess the potency of cannabis from 1970 to 2009 was carried out. From 21 case series covering a number of countries, a recent and consistent worldwide increase in cannabis potency was reported [Cascini et al.  2011].” [3]

“These findings suggest that current trends for preferring higher THC content variants carry significant health risks, particularly to those who are susceptible to its harmful effects. Indeed, Morgan and colleagues carried out a study on 120 current users, which included 66 daily and 54 recreational users, whose hair analyses revealed their THC and CBD amounts. The study found that higher THC levels in hair in daily users were associated with increased depression and anxiety, as well as poorer prose recall and source memory [Morgan et al. 2011]. However, higher CBD in hair was associated with lower psychosis-like symptoms and better recognition memory. In relation to people with psychosis, health risks are even higher with stronger variants of the plant. In a recent study of people with a first episode of psychosis, it was found that patients used higher-potency cannabis for longer durations and greater frequency compared with a healthy control group [Di Forti et al.  2009].” [3]

Comparision table for THC and CBD

When you look at the table below the + and - symbols denote whether or not the THC or CBD has evidence to have an effect on a particular receptor or psychoactive or bodily effect. So the symbol ++ would denote a greater effect than the + symbol and the - symbol would denot the compound would not have an effect on the psychoactive or bodily effect base on research evidence.

Perhaps you may agree with me that CBD had the desired health effects vs the problems associated with THC, so it appears that hemp derived CBD would be the best choice to obtain postive benefits for ones health and wellbeing.

To conclude, if one were concerned strictly with the health medicianal benefits of canabis, I would recommend use of CBD extracted from the hemp plant and based on recommendations from several knowledgeable colleagues the products made by CW Hemp in Colorado. I may be carrying this product line in my office soon, so check back to find out more.

If you found value in this article, please use the social sharing icons at the top of this post and please share with those you know who are still suffering with chronic health challenges or autoimmune issues despite having medical management. Thank you, help me reach more people so they may regain their zest for living!