I've been telling my patients the stay away from Canola oil for years. Dr. Ron Grisanti from the Functional Medicine University says it best.

Just when you think we are doing something good for our bodies we learn that we have been conned.

This has led to today's case of the Canola Con! 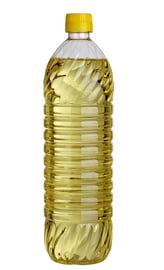 How many people use canola oil for cooking?

I would say a bunch!

In addition, the major fast food chains brag that they no longer have trans fats, but have switched to canola oil. They use it for their french fries, burgers, salad dressings and baked goods, exchanging it for trans fatty acid-laden genetically engineered soybean oil.

I remember a few months ago scratching my head trying to figure out why some of my patients had high levels of trans fats (or trans fatty acids) showing up on their fatty acid profile blood test.

Of course these patients swore they were not eating foods that had trans fats. So with some detective work and a little deeper investigation, I discovered that these same patients were in fact using canola oil.

From their perspective they were told that canola oil was supposed to be healthier than soy, cottonseed, safflower and corn oil.

I tended to agree with them until I discovered some interesting facts that many folks were not aware of.

First and foremost you need to remember that canola oil is a genetically engineered product. This raised some red flags and made me very suspicious.

Have you ever seen a canola plant?

Believe it or not, from a molecular biochemical position canola oil actually has higher levels of trans fatty acids than the soybean and the other vegetable oils I mentioned above.

So you may be thinking, why are there more trans fatty acids in canola oil than in soybean oil and the other toxic oils?

The reason is because canola oil has a higher level of omega-3 oils. So in order to make that bottle last on a shelf, plus be able to withstand high heat cooking, you need over a dozen chemical stages to process canola into an oil that will not go rancid. These processes include not only hydrogenation but deodorization of the omega-3. This process can form as much as 40% trans fatty acids in canola, even more than soybean oil.

The following have been directly attributed to the canola con:

Interesting fact: In 1985 the Federal Register (official journal of the federal government of the United States) stated the FDA outlawed canola oil in infant formulas because it retarded growth.

Can you believe they knew a quarter of a century ago that it was not good for babies, but now it's suddenly okay for everyone else.

What makes this frightening is the politics of the food industry are so powerful that this information will not come out for at least another couple of decades.

Well the regulatory agencies have also been duped and simply have NOT done their research.

They have been deceived into believing that canola is the next best oil.

Many have vested their legislative careers in the oil change making it darn near impossible to admit this fatal error and turn this problem around.

It simply is not going to happen anytime soon.

Remember it took decades before the dangers of trans fats were finally exposed.

Regulatory "authorities" have managed to ignore even the warnings of the Harvard School of Public Health that stated decades ago that there is no safe level of trans fats.

Here is a shocker you may not know.

In spite of the enormous proof of the dangers of trans fats (some of which were reported by Harvard researchers decades ago), the FDA has allowed food manufacturers to put the words 'NO TRANS FATS" to be plastered on any label if there are less than 500 mg of trans fats per puny ½ cup serving.

Again Harvard researchers showed ages ago that there is no safe level of trans fats, since trans fats have grossly changed the fundamental chemistry of our cell membranes.

The sad thing is many people think they are safe and knowledgeable in choosing canola oil, because they have fallen for the hype without finding out the facts for themselves. The bottom line is you don't want to ingest any food containing GMO canola oil or hydrogenated vegetable oils (soy, cottonseed, safflower and corn).

Butter, grape seed oil, olive oil (preferably cold-pressed, unfiltered, extra virgin) are great for cooking and for salad dressings. It goes without saying any oil in dark glass is preferred over plastic as well.

This content may be copied in full, with copyright, contact, creation and information intact, without specific permission, when used only in a not-for-profit format. If any other use is desired, permission in writing from Dr. Grisanti is required.

For more details about the natural approach I take with my patients, take a look at the book I wrote entitled: Reclaim Your Life; Your Guide To Revealing Your Body's Life-Changing Secrets For Renewed Health. It is available in my office or at Amazon and many other book outlets. If you found value in this article, please use the social sharing icons at the top of this post and please share with those you know who are still suffering with chronic health challenges, despite receiving medical management. Help me reach more people so they may regain their zest for living!

MacDonald BE, et al, Comparison of the effects of canola oil and sunflower oil on plasma lipids and lipoproteins and on in vivo thromboxane A2 and prostacyclin production in healthy young men, Am J Clin Nutr 50:382-88, 1989