History and Development of Neurofeedback

HISTORY AND DEVELOPMENT OF NEUROFEEDBACK

Neurofeedback began in the late 1950s and early '60s through the work of both Dr Joe Kamiya at the University of Chicago and Dr Barry Sterman at UCLA. 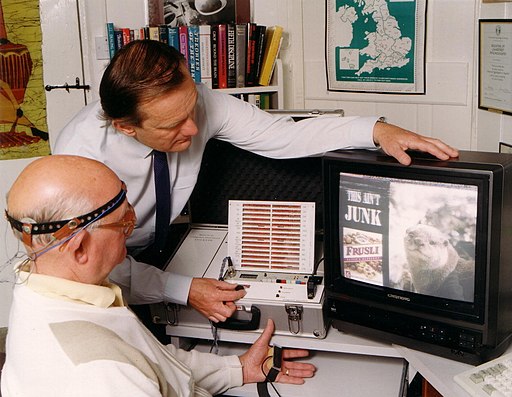 Dr. Kamiya was studying consciousness, and discovered that by using a simple reward system, people could learn to alter their brain activity. This was the first ever EEG neurofeedback training.

Along similar lines, Dr. Sterman ran an experiment to see if cats could increase their sensory motor rhythm (SMR). A simple machine gave them a food pellet every time they 'got it right', and they quickly learned to control their brainwaves to get the treat.

Several years later he was doing an experiment for NASA, again using the cats from his lab. This time, he was testing the effects of exposure to lunar lander fuel. For most of the cats, as the levels of toxic fumes increased there was a linear progression of brain instability; first drowsiness, then headaches, followed by hallucinations, seizures, and finally death.

However, some of the cats seemed to be immune. Sterman noticed that the cats who were immune were the same cats he had used in the SMR brain training experiment a couple of years before. The SMR training had given those cats utra-stable brains. Sterman moved on to train SMR in humans to control their epilepsy; 60% of his subjects reduced their seizure level by 20-100%, and the results lasted.

As a result, NASA trained their lunar astronauts to control their brain's SMR rhythms. Fifty years later, neurofeedback is still part of the astronaut training program.

In the mid 1970s, neurofeedback caught the attention of meditators as an aid in spiritual development, and so wandered into the no-man's land between science and religion.

Conferences were attended by two people in orange robes for each one in a white lab coat. Soon neurofeedback gained a dubious reputation as a meditation or spiritual tool, which considering the extreme biases of the time made it an unpopular choice for career minded researchers.

Neurofeedback didn't fit the (now defunct) medical view of how the brain functioned. Though the empirical data proved that neurofeedback worked, it couldn't possibly work under the scientific beliefs of the time. Thus, neurofeedback became regarded as 'spooky' medicine.

Beginning of Acceptance; the concept of Neuroplasticity Emerges

Out on the fringes of science, work continued. By the late '80s neurofeedback was being applied to attention deficit disorders, and through the '90s to a wide variety of psychological and central nervous system based conditions.

Since the latter half of the 20th century, the medical view of the brain has changed completely and the principles of neuroplasticity are universally accepted. Neuroscience has come to accept the interrelation between the central nervous system, the autoimmune system, emotional, physical, and mental health. It has conceded that indeed, the brain can change at any age, and that we create new neuron throughout life. The natural mechanisms underlying neurofeedback are now becoming clear.  A must see video on the subject; The Brain that changes itself can be seen below:

To most medical practitioners, neurofeedback is still foreign. Many hold a view based on its old reputation, and have had no exposure to the research. Old views die hard, particularly regarding competing methods that lie outside of their expertise.

Brainwave monitoring is no longer 'experimental'. It is common practice in scientific studies to assess how people's brains are functioning under various conditions of illness, stress and mental difficulties. Patterns in the EEG reflect emotional and cognitive states and predict whether people are paying attention, or even what their mood is likely to be. Today, to describe a condition properly, you have to describe its effect within the brain. This research allows neurotherapists to target a wide range of conditions.

With the advances in computer software and brainwave monitoring equipment, neurofeedback practitioners now have affordable precision tools. With 50 years of independent development behind it, the methods have become highly sophisticated, and highly effective. In the realm of brainwave training, neurofeedback has a half century head-start on conventional medicine.

Today neurofeedback is used for peak performance by professional sports teams, Olympic athletes, and business people. It is commonly used as a non-drug solution for ADHD, post-traumatic stress, and emotional conditions of all sorts.

Cutting-edge neurofeedback facilities have found a multi-modal approach to testing and therapeutic approach is best for optimizing brain function. Concurrently using neurofeedback, transcranial photobiomodulation and deflaming the brain/body via dietary alteration, including removing foods the patient is intolerant of, and assessing functional neurological disorders such as persistent primitive reflexes or cerebellar dysfunction, for example, can speed up the neuroplastic changes that neurofeedback fosters.

If you are looking for a drug-free strategy with plenty of clinical effectiveness to help optimize your brain function, take the first step and request a brain map and consultation