The Benefits of High Cholesterol

This statement seems so incredible that it takes a long time to clear one´s brainwashed mind to fully understand its importance. 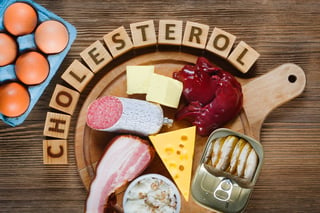 Yet the fact that people with high cholesterol live the longest emerges clearly from many scientific papers.

Consider the finding of Dr. Harlan Krumholz of the Department of Cardiovascular Medicine at Yale University, who reported in 1994 that old people with low cholesterol died twice as often from a heart attack as did old people with a high cholesterol.

Supporters of the cholesterol campaign consistently ignore his observation, or consider it as a rare exception, produced by chance among a huge number of studies finding the opposite.

But it is not an exception; there are now a large number of findings that contradict the lipid hypothesis.

To be more specific, most studies of old people have shown that high cholesterol is not a risk factor for coronary heart disease.

This was the result of my search in the Medline database for studies addressing that question.

Eleven studies of old people came up with that result, and a further seven studies found that high cholesterol did not predict all-cause mortality either.

Now consider that more than 90 % of all cardiovascular disease is seen in people above age 60 and that almost all studies have found that high cholesterol is not a risk factor for women.

This means that high cholesterol is only a risk factor for less than 5 % of those who die from a heart attack.

But there is more comfort for those who have high cholesterol; six of the studies found that total mortality was inversely associated with either total or LDL-cholesterol, or both.

This means that it is actually much better to have high than to have low cholesterol if you want to live to be very old.

Many studies have found that low cholesterol is in certain respects worse than high cholesterol.

For instance, in 19 large studies of more than 68,000 deaths, reviewed by Professor David R. Jacobs and his co-workers from the Division of Epidemiology at the University of Minnesota, low cholesterol predicted an increased risk of dying from gastrointestinal and respiratory diseases.

Most gastrointestinal and respiratory diseases have an infectious origin.

Therefore, a relevant question is whether it is the infection that lowers cholesterol or the low cholesterol that predisposes to infection?

To answer this question Professor Jacobs and his group, together with Dr. Carlos Iribarren, followed more than 100,000 healthy individuals in the San Francisco area for fifteen years.

At the end of the study those who had low cholesterol at the start of the study had more often been admitted to the hospital because of an infectious disease.

This finding cannot be explained away with the argument that the infection had caused cholesterol to go down, because how could low cholesterol, recorded when these people were without any evidence of infection, be caused by a disease they had not yet encountered?

Isn´t it more likely that low cholesterol in some way made them more vulnerable to infection, or that high cholesterol protected those who did not become infected? Much evidence exists to support that interpretation.

Krumholz HM and others. Lack of association between cholesterol and coronary heart disease mortality and morbidity and all-cause mortality in persons older than 70 years. Journal of the American Medical Association 272, 1335-1340, 1990.

Ravnskov U. High cholesterol may protect against infections and atherosclerosis. Quarterly Journal of Medicine 96, 927-934, 2003.

Iribarren C and others. Serum total cholesterol and risk of hospitalization, and death from respiratory disease. International Journal of Epidemiology 26, 1191--1202, 1997.