Are Nutritional Supplements as Harmful as Media Portrays Them 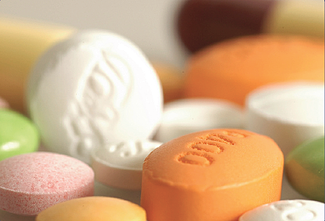 Headlines on the possible risks of vitamin and mineral supplements have bombarded mainstream media recently, and sparked controversy over whether doctors should recommend supplements to their patients.

My intense study of human physiology and nutritional guidance affords the patients who seek my care a low risk to high benefit ratio with nutritional repletion. For many years I have recommended nutritional supplement support for patients with a variety of health challenges, including those with autoimmune disorders. Instead of guessing what supplement to recommend for a particular patient, I've always used biofeedback methods to determine they type and dosage of the supplements.

More recently, I have augmented my biofeedback methods of determining what nutritional support could be of assistance for patients.  One such method is SpectraCell micronutrient testing.

SpectraCell’s micronutrient testing quashes the concerns that doctors and patients have regarding purported risks of taking supplements. For the past 18 years, SpectraCell's testing indicates that over 90% of patients have functional micronutrient deficiencies, which compromise immune function and cause disease. Testing nutritional status allows an appropriate, individualized repletion program based on actual deficiencies.


Specifically, two reports were published in October, 2011 that raised concerns over supplements. A paper published in the Journal of the American Medical Association concluded that vitamin E supplements increase the risk of prostate cancer by 17%.1 Critics argue that the vitamin E study was flawed because only one of the eight naturally occurring forms of vitamin E was given, causing an imbalance (alpha vs. gamma tocopherols) that ironically is linked to cancer.3,4

Another widely publicized report in the Archives of Internal Medicine concluded that the incidence of death increased in elderly women taking common supplements such as B vitamins and certain minerals.2  Critics of this study emphasize that actual nutrient levels were never tested and the data was subjective at best, since vitamin levels were estimated from questionnaires.  Authors concluded that many commonly used dietary supplements increase mortality, causing such headlines as “your vitamins may be killing you” in mainstream media. The study implies vitamins to be dangerous, when in reality the study reinforces the need for targeted versus blind supplementation.

In both reports, it was mentioned (but not emphasized), that the findings were not based on patients with pre-existing nutrient deficiencies…a caveat ignored by most media stories.

MORE IS NOT ALWAYS BETTER

The “more is better” philosophy can be dangerous when it comes to supplements, since blind supplementation can cause imbalances, create pro-oxidant effects and actually induce deficiencies in other nutrients as a side effect.  Micronutrient testing directly measures the functional status of 32 nutrients, plus antioxidant capacity.  Since our tests perform a functional cellular analysis on T-cell lymphocytes (a type of white blood cell) with a long lifespan relative to other cells, the results give a 4-6 month nutritional history, and are closely indicative of overall immune function as well. With a simple blood draw, you will determine the nutrients in which you are specifically deficient and choose supplements based on your actual deficiencies.

Micronutrient testing is the objective, scientific approach to vitamin and mineral supplementation.  For more information, go to www.spectracell.com.  Of course you can order SpectraCell micronutrient testing from Dr. Karl R.O.S. Johnson, DC.  Just click on the big button below for a special document explaining the test.

Portions of this article courtesy of: