Wheat or Gluten Maybe an Undiagnosed Cause of Fibromyalgia 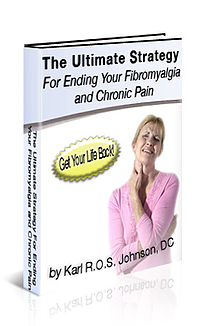 Wheat (or, more specifically, gluten) might actually be the source of the miseries suffered by some people diagnosed with fibromyalgia. Yet often this source goes unconsidered!  Specialized testing finally is availble starting January of 2011 that tests antibody reactions to 15 components (gliadin epitopes) of wheat.  Johnson Chiropractic Neurology & Nutrition of Shelby Township, Michigan can order this test to see if your fibromyalgia symptoms are due to reacting to wheat.  This is truly exciting news!

Fibromyalgia is a painful condition with multiple and varying symptoms. Many sufferers endure a long battery of treatments with negligible results. However, there is a growing body of medical writing, as well as personal storytelling, that suggests one might benefit from considering the role played by gluten in causing fibromyalgia symptoms. Unfortunately this possible cause is still going under recognized.

As you may already know, gluten is a protein found in wheat and some other grains. It contributes to the delightful rising, shaping and texture of many breads but there's a downside to it unfortunately. More and more people are finding that their bodies are intolerant of gluten. This intolerance is a tricky one to diagnose. Even the simplest way to see if wheat is the cause of your symptoms-–to eliminate gluten from your diet —is not so easy because wheat is ubiquitous in American eating in more ways than you might guess. Being gluten free involves much more than dropping bread from the diet.

There is much discussion about the possibility of nutritional deficiencies in the development of fibromyalgia. Gluten intolerance, when it becomes celiac disease, causes damage to the small intestine, compromising its ability to absorb some nutrients. So it's reasonable to consider a connection. If you look at symptoms commonly associated with fibromyalgia and compare them with symptoms that are often alleviated by a gluten free diet, you might be surprised that a connection is not suggested more often.

Some shared complaints, listed by the Mayo Clinic, include:

While web sites dedicated solely to the subject of fibromyalgia do not frequently bring up the subject of gluten sensitivity, there is evidence of an association in articles from the medical research community. For instance, The Canadian Journal of Gastroenterology reports:

The wide variety and severity of symptoms [of celiac disease, which is caused by gluten intolerance] frequently result in misdiagnoses of irritable bowel syndrome, chronic fatigue syndrome and/or fibromyalgia.

And, an article in the British Medical Journal, asserts:

Meanwhile, in online forums and blogs, personal stories continually attest to the relief found by so-called fibromyalgia sufferers when they act to eliminate gluten from their diets.

It's clear that those diagnosed with fibromyalgia might want to consider what, if any, role is played by sensitivity to or intolerance of gluten. Much better to change your eating habits than to continue suffering pain and discomfort.  After all, man (and woman!) does not live by bread alone!

Another point to consider; only eliminating gluten is not usually enough to recover from gluten induced health challenges such as fibromyalgia.  A thorough program that focuses on quenching the systemic inflammation triggered by gluten induced immune system dysregulation is also needed.  Johnson Chiropractic Neurology & Nutition offers a comprehensive approach that uses proper testing to thorougly evaluates each individual.  From that testing the individual with fibromyalgia receives instructions for diet and lifestyle changes, specific nutritional supplementation and brain-based therapy - Johnson Neuro-Metabolic Therapy