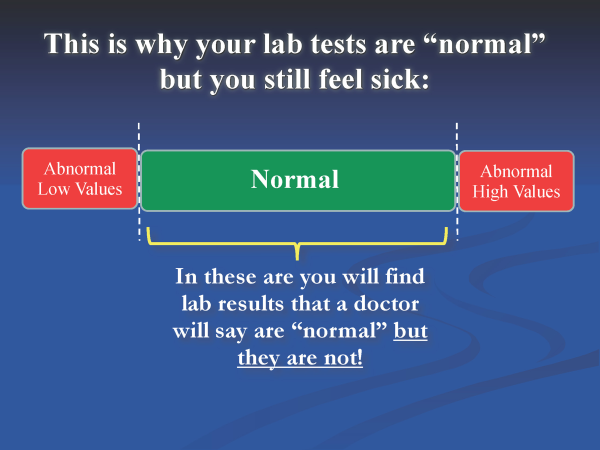 This is the everyday struggle a majority of thyroid patients face. They work with doctors who discount their ongoing thyroid symptoms because their lab values are normal.
END_OF_DOCUMENT_TOKEN_TO_BE_REPLACED
1 Comment Click here to read/write comments

Halloween - The Beginning of The Sickness Season - How to Avoid It

For over 20 years now, I have consisitently seen a significant rise in patients bringing in children with respiratory or other illness beginning with the week after Halloween.  Often behavioral changes are noted too. The longer sensitive individuals eat gluten, the more likely they are to develop other autoimmune diseases

A 1999 landmark study published in Gastroenterology found that the duration of exposure to gluten in celiac disease patients affects the risk of developing other autoimmune diseases. The finding made age at diagnosis an important factor in the overall health of patients with celiac disease.

For the study, an Italian research team screened 909 patients with celiac disease for other autoimmune diseases, including IDDM (Insulin-Dependent Diabetes Mellitus), DH (Dermatitis herpetiformis), Hashimoto’s thyroiditis or Graves’ disease, autoimmune hepatitis, alopecia, atrophic autoimmune gastritis, connective tissue disease (rheumatoid arthritis, systemic lupus erythematosus, dermatomyositis, scleroderma, or Sjogren’s disease), psoriasis, Addison’s disease, unexplained cerebellar ataxia, epilepsy with cerebral calcification, or immune anemia, neutropenia, or thrombocytopenia. They then compared the prevalence of these conditions in three different subgroups, which were separated based on when the patient was diagnosed with celiac disease (before age 2, between ages 2 and 10, and after age 10).

The researchers’ chart below demonstrates the frequency of developing other autoimmune diseases.

Your Blood Type and AutoImmune Disease, Inflammation and Fatigue

In order to maximize your health and reduce your chances of developing autoimmune diseases such as Hashimoto's, Celiac disease, rheumatoid arthritis, diabetes and other illnesses, it pays to know your blood type.  Let's explore this concept in more detail.

You have no energy – after work you come home and you’re spent – nothing is getting done around the house.  Getting to sleep is easy, but you wake up multiple times at night, never getting the quality of sleep that might help you feel better.  When the alarm goes off, the thought of getting up in the morning gives you angst because you wonder when it will ever get better.