ADD - Not all types created equal

Attention Deficit Disorder or ADD comes in many forms. For many years, healthcare providers believed there was just one type of ADD. I noticed many years ago that the kids and adults with ADD had very different symptoms and very different brain map findings. Our neurobehavioral  practice grew very quickly and we started identifying several different forms. Dr. Daniel Amen published in his book, Healing ADD, that there are actually 7 distinct types of ADD. I agree with Dr. Amen and have dealt with these 7 distinct types.

Myths and Facts about ADD When I write blog articles and posts on social media about ADD or ADHD, occasionally someone will strongly voice there opinion that ADD is a myth (okay, really sometimes they are downright rude and obnoxious about it...and I hide, ban and delete their posts). Thay assert ADD is a made-up concoction by teachers or doctors or the medical establishment. Typically the post is written hastily with no argument to back up their point of view.

I wanted to provide a more balanced view and couldn't find a more eloquenty stated, concise source than the quoted material from Dr. Daniel Amen, MD you see below.

He is the Founder and CEO of Amen Clinics in Costa Mesa and San Francisco, California, Bellevue, Washington, Reston, Virginia, Atlanta, Georgia and New York City.  Amen Clinics have the world’s largest database of functional brain scans relating to behavior, totaling nearly 100,000 scans on patients from 111 countries. Dr. Amen is also a Distinguished Fellow of the American Psychiatric Association, the highest award they give members.

Sorting the Facts from the Myths

"ADD is not even new in the medical literature. George Still, a pediatrician at the turn of the last century, described children who were hyperactive, inattentive, and impulsive. Unfortunately, he labeled them “morally defective.” During the great flu epidemic of 1918, many children also contracted viral encephalitis and meningitis. Of those who survived the brain infections, many were described with symptoms now considered classic for ADD. By the 1930s, the label “minimal brain damage” was coined to describe these children. The label was changed in the 1960s to “minimal brain dysfunction” because no anatomical abnormality could be found in the children. Whatever its name, ADD has been part of the psychiatric terminology since the inception of the Diagnostic and Statistical Manual (DSM) in 1952. (The DSM is the diagnostic bible listing clinical criteria for various psychiatric disorders). Every version of the DSM has described the core symptoms of ADD, albeit by a different name every time."
“An estimated seventeen million people in the United States have attention deficit disorder (ADD), which was later renamed as attention deficit hyperactivity disorder (ADHD). I prefer the name ADD, as ADHD highlights the hyperactive component of the disorder (H) and discards half the people who have it, particularly girls, who are typically not hyperactive. According to the CDC, 13.2 percent of boys at one time have been diagnosed with ADD, 5.6 percent of girls.

What is brain fog?

In children, brain fog is associate with zoning out. We commonly see this in ADHD and autism cases. In adults, brain fog often take the form of having difficulty engaging in cognition, learning or memory. Examples of this include: forgetting names/dates/events, hearing someone speak but not understanding, difficulty staying on task, etc.

Various health challenges can lead to brain fog including the following (and more): Living with ADHD can be challenging, and part of this challenge can be discovering the right treatment options for your particular situation. The truth about most treatment options is that there is "no one size fits all treatment" that will work for each and every situation. Given that ADHD is a disorder that originates in the brain, it can make some treatment options risky to the individual, especially those considering pharmaceutical treatment options. Exploring natural treatment options that are proven effective and are backed by scientific research offer the potential to avoid the risks associated with other treatments and can potentially reduce the challenges you or your loved once face concerning ADHD. 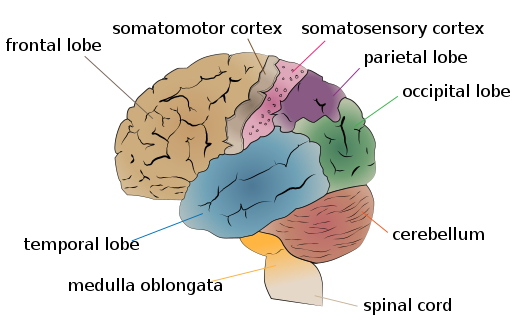 If you are suffering with fibromyalgia, chronic pain, anxiety, or ADD; science shows us you can get help, naturally, without drugs. Let me explain how.

When you have a weak muscle, you can exercise it to make it stronger, as long as the muscle is not permanently damaged. Of course you have to be specific in what muscle you want to target with exercise and how you perform the exercise. For example if your right bicep muscle is weak, you wouldn't perform abdominal crunches because the abdominal muscles have nothing to do with your biceps.